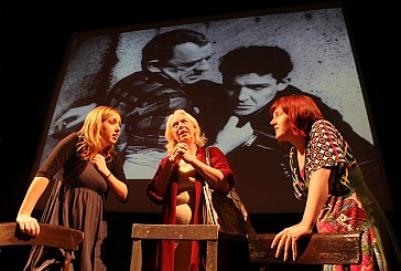 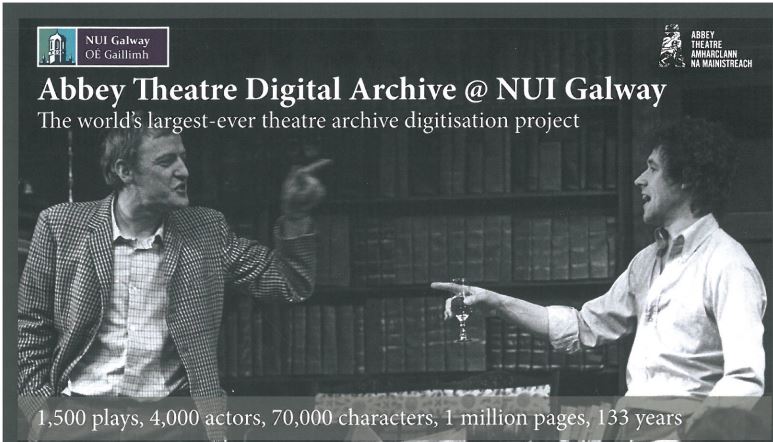 Useful Websites and Resources for Drama and Theatre Studies

Abbey Theatre: The Abbey Theatre was founded as Ireland’s national theatre, by W.B. Yeats and Lady Gregory in 1904 “to bring upon the stage the deeper emotions of Ireland”. Although written more than a hundred years ago, this is still the kernel of what constitutes the artistic imperative for the Abbey Theatre today.

Abbey Theatre Digital Archive: NUI Galway has digitised the archive of the Abbey Theatre in Dublin, Ireland’s national theatre, as a result of a partnership between the two organisations to preserve and widen access to a major cultural heritage collection. This is the largest ever theatre archive digitisation project worldwide and the digital archive contains almost a million pages in addition to substantial audio and video content.

Druid Theatre Company: Druid began as a bold idea: to create Ireland’s first professional theatre company outside of Dublin. There were few resources with which to build a theatre company in the west of Ireland in 1975, but, through sheer dedication, and with the support of the Galway community, founders Garry Hynes, Marie Mullen and Mick Lally made this bold idea a reality. That reality has since become an international success story of extraordinary dimensions.

Galway International Arts Festival (GIAF) is a major cultural organisation, which produces one of Europe’s leading international arts festivals; develops and produces new work that tours nationally and internationally; and presents a major discussion platform, First Thought. The organization has played a very significant role in placing Galway firmly on the map, as both a key cultural centre for the arts and a cultural tourism destination on the Wild Atlantic Way. It now looks forward to playing a central role in the European Capital of Culture 2020 designation awarded to Galway.